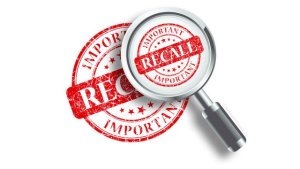 The fire extinguishers were recalled as they may malfunction during an emergency. They have potential to "become clogged or require excessive force to discharge and can fail to activate during a fire emergency. In addition, the nozzle can detach with enough force to pose an impact hazard." So far, the company is aware of one death in a 2014 car fire following a crash. First responders were unable to get the recalled Kidde fire extinguisher to work. In addition to the one death, there have been approximately 16 reported injuries and 91 reports of property damage.

What should you do?

If you discover you have one of the products that have been recalled, make sure you return and replace it. Owners should immediately contact Kidde to ask for a free replacement and for instructions on how to return recalled models. Kidde can be reached at (855) 271-0773 or at www.kidde.com. You will not be required to show proof of purchase, but consumers will need to supply serial numbers and other information.