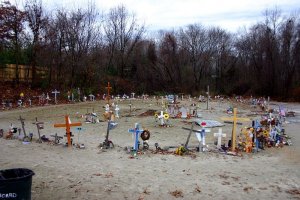 On February 20th, 2003, the band "Great White" was performing at The Station nightclub in West Warwick, Rhode Island. Pyrotechnics were illegally set off by the tour manager, which ignited the foam soundproofing material in the area surrounding the stage. Within minutes, the fire had started spreading with intense black smoke engulfing the entire club. Hundreds of people stampeded towards the exit but, for many people, it was too late.

That night, 100 innocent lives were lost. More than 200 people were injured and even those who escaped uninjured were emotionally and mentally scarred. The impact of the fire can still be felt in the area and across the country. Last year, the Station Fire Memorial Park opened to the public to remember the victims.

It is hard to believe that 15 years have passed since the tragic fire. As passionate fire safety advocates, we use each anniversary as a plea for more fire sprinkler systems in public places. Multiple studies have concluded that a sprinkler system would have contained the fire long enough to give people time to exit the building safely. Families and friends of those who lost their lives urge policymakers and officials to pass bills that encourage business owners to install life-saving sprinklers. Whether that means mandates or tax incentives or other reform, the time to act is now.

Nightclubs also need to make fire safety a priority. Staff should be trained so they know exactly what to do in the case of an emergency. There should be multiple ways out of a venue and each exit should be clearly marked and not obstructed. Crowd management should also be taken more seriously.

As another year passes and families/friends continue to mourn, let's use the anniversary as a call for more sprinklers across the country. Let's not lose any more innocent lives to tragic fires.